skip to main | skip to sidebar

In the valley of Elah 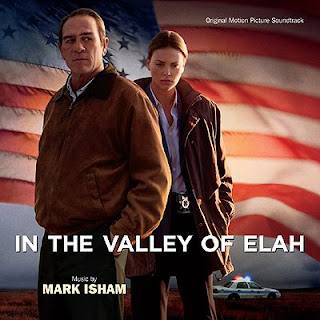 In the valley of Elah. 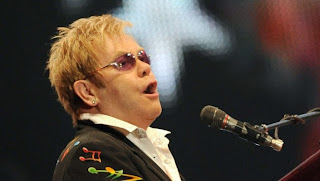 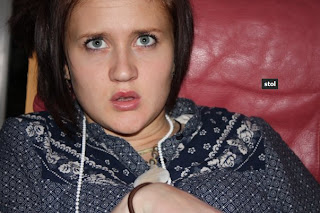 [Verse 1]
Her lips shaking there are no words to express
the feelings evolving in this guys’ steady chest
Thoughts of what they did did not and don’ts results
in memories from times long ago.
Her eyes filling up, getting clear as the blue ocean is
this guy standing still wondering “What did I miss”?

[Verse 3]
The tears coming down like rain come down
from a sunny and bright blue untroubled day
Feelings shes felt before in former times
under different circumstances
She keeps looking down to the ground as the tears keep pouring out he counts each and everyone
He’s got this face
Frustration rises the world spinning around
He finds himself trapped in the past, now he’s living a memory 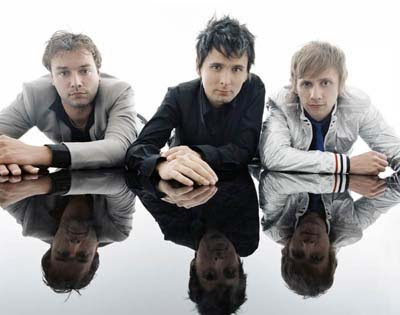 Cause of Poverty - The Truth Revealed

For every $1 in aid a developing country receives, over $25 is spent on debt repayment.

Number of children in the world
2.2 billion


Cause of Poverty
-The truth revealed 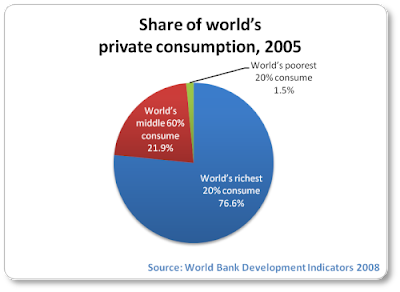 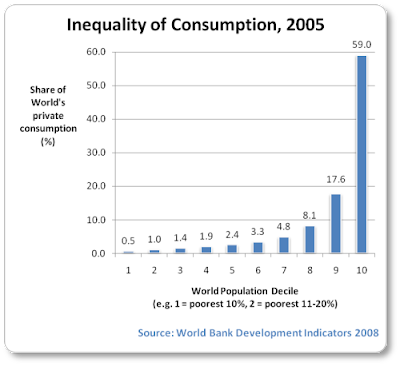 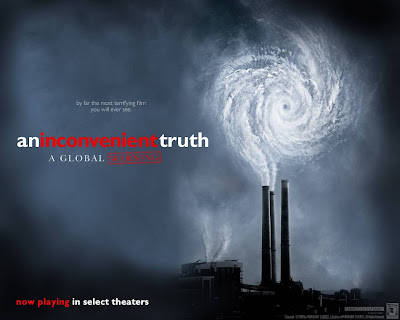 Causes of Poverty
- The truth revealed

“Almost half the world, over 3 billion people, lives on less than $2.50 a day. The GDP (Gross Domestic Product) of the 41 Heavily Indebted Poor Countries (567 million people) is less than the wealth of the world’s 7 richest people combined. Nearly a billion people entered the 21st century unable to read a book or sign their names. Less than one per cent of what the world spent every year on weapons was needed to put every child into school by the year 2000 and yet it didn’t happen. 1 billion children live in poverty (1 in 2 children in the world). 640 million live without adequate shelter, 400 million have no access to safe water, and 270 million have no access to health services. 10.6 million died in 2003 before they reached the age of 5 (or roughly 29,000 children per day)” - Anup Shah (Global Issues, 2009.02.20)

Living in a world where being considered poor increases as the wealth increases. The riches are getting richer and the poorest are getting poorer. The article will present the subject poverty in the right perspective and discuss various factors which affect poverty, trying to locate the cause of poverty. The factors which are up to discussion are globalization and consumerism. The main subject of the assessment is however poverty. Just a few factors are mentioned, though including them all would increase the number of pages dramatically.

A world in constant change

As in 2009 the world changes rapidly. On daily bases thousands of newborns open their eyes for the very first time and another thousand closes theirs. New inventions and technology blossoms within the brains of young men and women at CERN and other institutes. It is spring. The air is getting warmer, vast areas of ice is melting, some never to return. The plants and the trees start to reproduce oxygen from carbon dioxide. The globalization continues.

Though the expression globalization has been used since the 1920’s it is a better known subject today than about 90 years ago. The definitions are many but basically they speak of change. Having one idea and affect others to take part in that idea connecting countries even on a continental basis. The word is most used when speaking of culture, religion, business, politics and ideals. This phenomenon in reality spreads western ideals and especially American ideals. One of the issues with the American ideals can be found in the Declaration of Independence stating; ”We hold these truths to be self-evident, that all men are created equal, that they are endowed by their Creator with certain unalienable Rights, that among these are Life, Liberty and the pursuit of Happiness.” . During the 1920’s to World War II (1940) a new ideology emerged. Consumerism, a constant need for products and services, greed.

As the demand increases the supply must meet the demand. Basic knowledge, or is it? All markets affected by the free-market-theory, also known as supply and demand credited to Adam Smith published in his book “The Wealth of Nations” in 1776 presents the idea. It predicts “that in a competitive market, price will function to equalize the quantity demanded by consumers, and the quantity supplied by producers, resulting in an economic equilibrium of price and quantity” (wikipedia, 2009.02.20). In theory it will result in companies depending on the demand. If they do not meet the demand, they will simply go bankrupt and be removed from the market. On the other hand, if the demand increases, the supply must find a way to please the costumers. What globalization and consumerism do, is to force the nations of the world, with soft powers, in a way that will make them want to be like the industrialized world. However, the market only supplies the demand as anything less or more would be inefficient.

Ecological Footprints, a method to measure how one national inhabitants consumption, multiplied by the amount of inhabitants on Earth will affect the usage of the Earths resources. The measures gives a picture on how long time it will take for the Earth to reproduce our used and wasted resources.

“What comes around goes around”

One of the negative outcomes of globalization is global warming. A definition by USA government National Weather Service characterizes global warming as: “An overall increase in world temperatures which may be caused by additional heat being trapped by greenhouse gases”. (NWS JetStream: 2009.02.20). 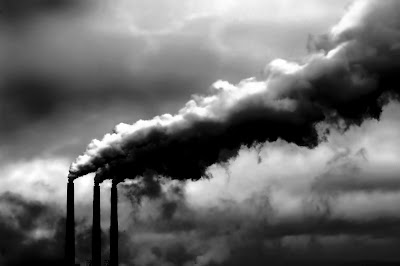 One of many educational as well as informative productions on climate changes is Davis Guggenheim’s An Inconvenient Truth (2006) starring former US Vice President Al Gore. In the film Al Gore presents predictions of sea levels rising by approximately 20 feet (6, 10 m) based on scientific facts about major ice sheets melting in Greenland or in West Antarctica, later to be discussed by both critics and scientists. This increase of sea levels will result in 100 million refugees. These refugees will most likely be forced to live without proper housing and work, considered poor. Other predictions are increased numbers of natural disasters, heat waves, hurricanes, typhoons, floods and tsunamis. Dry and heat will expand the desserts making it harder to live within the areas. Access to fresh water will decrease as the air is getting warmer the water evaporates in a larger scale, being able to observe the glaciers retreating, leaving less fresh water for spring each year. All these factors will not force all affected into poverty but the world must expect an increase of poverty if the process is not reversed.
“The World is not enough”

Starvation is a cause of poverty, but starvation is a term which should not exist in the modern world. Today there is enough food for everyone and the “hypothesis that overpopulation leads to hunger is a myth.” As Salleh Mohd Nor, member of the Panel of Eminent Experts on Ethnics on Food and Agriculture, says in his chronicle “Globeglance: We Can Have Enough Food”. For a person to live adequately for a day, 3,500 calories of energy are needed though the consumption in the developed world exceeds 35,000 calories.

Starvation and poverty isn’t people experiencing bad luck. It’s people experiencing life as people live today. A situation of choosing greed before need. It is a world if inequality and ideologies driven by the western world to keep consuming, increasing the effect of global warming, increasing the climate changes, leading to an increase in poverty. It is up to the people, to give up their personal pursuit of happiness and start focusing on the happiness of others. The world’s riches should be encouraged to set a better example, without promoting greed. As a Norwegian High School student said when questioned about contribution to solve Poverty: “I pay 130 USD a year to grant a child the opportunity to go school. It is something everyone can afford”.

John Mayer, “Waiting on the world to change” (Encourager, worth listening to while reading)
http://www.youtube.com/watch?v=HXWXQeHCWpo [accessed 2009.02.20].